Sunset Cemetery has a history dating back to 1860 and is 45 acres in total. All lots have been sold for this cemetery.

Sunrise Cemetery started in 1960 and is 80 acres in total. Twenty of the acres have been plotted and about half have been sold. A future section is available for above ground columbariums. Road development is also being planned to provide access to expanding sections.

The "singing tower" as it is referred to is officially called Paslay Memorial Tower. The tower is 50 feet tall and 15 feet in diameter and is made from limestone. It has a state-of-the-art electronic sound system. The tower will play music on Memorial Day and July 4th from noon to 1 p.m. The tower will also play daily at 6 p.m. for 15 minutes.

Use the Cemetery Search to look for interments within Sunset and Sunrise cemeteries. Search by the cemetery or last names with capital or lowercase letters using the magnifying glass in the upper-right corner after the map downloads.

In 1862, bids were advertised by the City of Manhattan for a stone fence 2' wide at bottom and 15" at top, 4‐1/2' high. The project was not carried out at that date perhaps because of the expense. The purpose of the fence was to keep livestock out of the cemetery.

In 1869, in a third bid process for the work, the City of Manhattan awarded the building of the fence to the Woodward brothers, F. B. and J. M. Woodward, at a cost not to exceed $6 per rod and paid by deeding 15 acres of cemetery property and cash. The fence was built by the Woodward brothers in the summer and fall of 1869 to be like the fence of "Prof. J. Dennison's farm." The Woodward brothers later transferred title to George F. Brown and in 1885 Mr. Brown sold the land back to the City, thus restoring the original acreage.

Arthur E Fairman was born in Wakefield, Kansas in 1885, studied architecture at Kansas State Agricultural College, and died in Chicago in 1918. Although his career was short, he created an impressive body of work. He planned the addition to the Congregational Church in Manhattan in 1914.

The following year, he designed Manhattan's Mid‐Quinn warehouse. In 1915, he designed the Sigma Alpha Epsilon fraternity house and three residences in the Rock Hill Addition. In 1917, he was the architect for the Manhattan Junior High School. In late 1917, he developed plans for the remodeling of the Gillett Hotel." (Manhattan KS Survey, Historic Preservation Services, LLC) 28 (A survey by Pat O'Brien lists him as the architect for seven properties in Manhattan.) 26

Mrs. D.E. Deputy was the chairman of the Women's Relief Corp (WRC) No. 43 committee regarding financing and erection of the memorial. Plans were submitted to contractors for the WRC memorial in October of 1916. Construction was let to Charley Howell, a local African‐American stone mason, in January 1917. Construction began in the spring of 1917 and was completed by Decoration Day, May 30, 1917. It was constructed of stone and iron. The cost was about $2,000.

The memorial is dedicated in memory of the Riley County soldiers of the rebellion [Civil War], as inscribed on the stone arch, " …Our Union Soldiers - 1861‐1865." As of 1936, the City had held its annual Memorial Day exercises for 75 years at the east entry gate.

The fence was replaced from 1932‐34 by the Works Progress Administration with a stone and mortar wall. The work was done in order to address severe unemployment conditions at the time. The wall replacement was completed on approximately February 15, 1934. 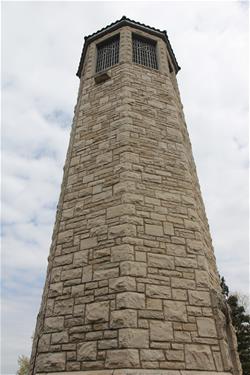 Paslay Tower at Sunset Cemetery
In 1929, a $12,000 bond issue was passed in the City to purchase land from Dell Wickham in order to expand and develop the west part of the cemetery during the Depression. In 1931, in the new west section of the cemetery, a concrete bridge, driveway pavement, curb, and music tower were built because of the severe unemployment situation at the time. The City of Manhattan hired Manhattan Construction Company and Walters Construction Company, jointly, to build these projects. The cost, at over $41,000, was paid by city refunding bonds bearing 4‐1/2% interest.

Sacred and memorial music was to be played in the evening and other special occasions in the cemetery and surrounding community. A portable radio transmitter at graveside services would send instructions to the tower operator. Construction of the tower was supervised by Profs. Ware and Paslay.

The octagonal tower is 50 feet tall and 15 feet in diameter and made of limestone. The cost for construction was $7,000. In 1951, it was reported that 90% of burials requested music from the tower. It was the only tower of its kind in Kansas.

It was reported that the tower was unused for 11 years [from approximately 1951 to 1962]; however, other news reports indicate that underground wiring was installed in 1953 along the south side of the cemetery, from the Sexton’s House to the music tower, in order to renovate and automate the musical system. In 1962, the Council of Service Club raised $968 to make repairs to the tower. The neighbors fought over the noise from the tower. It was vandalized a lot. A fire in 1982 ended the chiming. The tower was gutted by 1983.

In 1998, the Manhattan City Commission accepted a $500,000 donation from Leroy Paslay to restore the singing tower. The Manhattan Mercury reported that the tower would chime once each day and on special occasions.

Cheryl Collins, from the Riley County Museum, announced in an email from September 10, 2002 that the Singing Tower was to be rededicated on September 28, 2002. It was restored to its original design with a state of the art sound system and paid by Leroy Paslay. The Manhattan Mercury reported that a new roof was installed on the Singing Tower in February 2002.

Professor Paslay was a friend of Drive. Don Rathbone, former Dean of the College of Engineering. Wayne Sloan, BHS Construction, renovated the tower in 2001. The roof and top panels were replaced with the 2001 renovation. Also the sound system was replaced at that time. Now, the sound system plays each day at 6 pm.

Mr. Paslay passed away recently and is buried east of the Paslay Tower in the Sunset Cemetery.

Resources: Many resources which are too numerous to list were used by the author for this story. 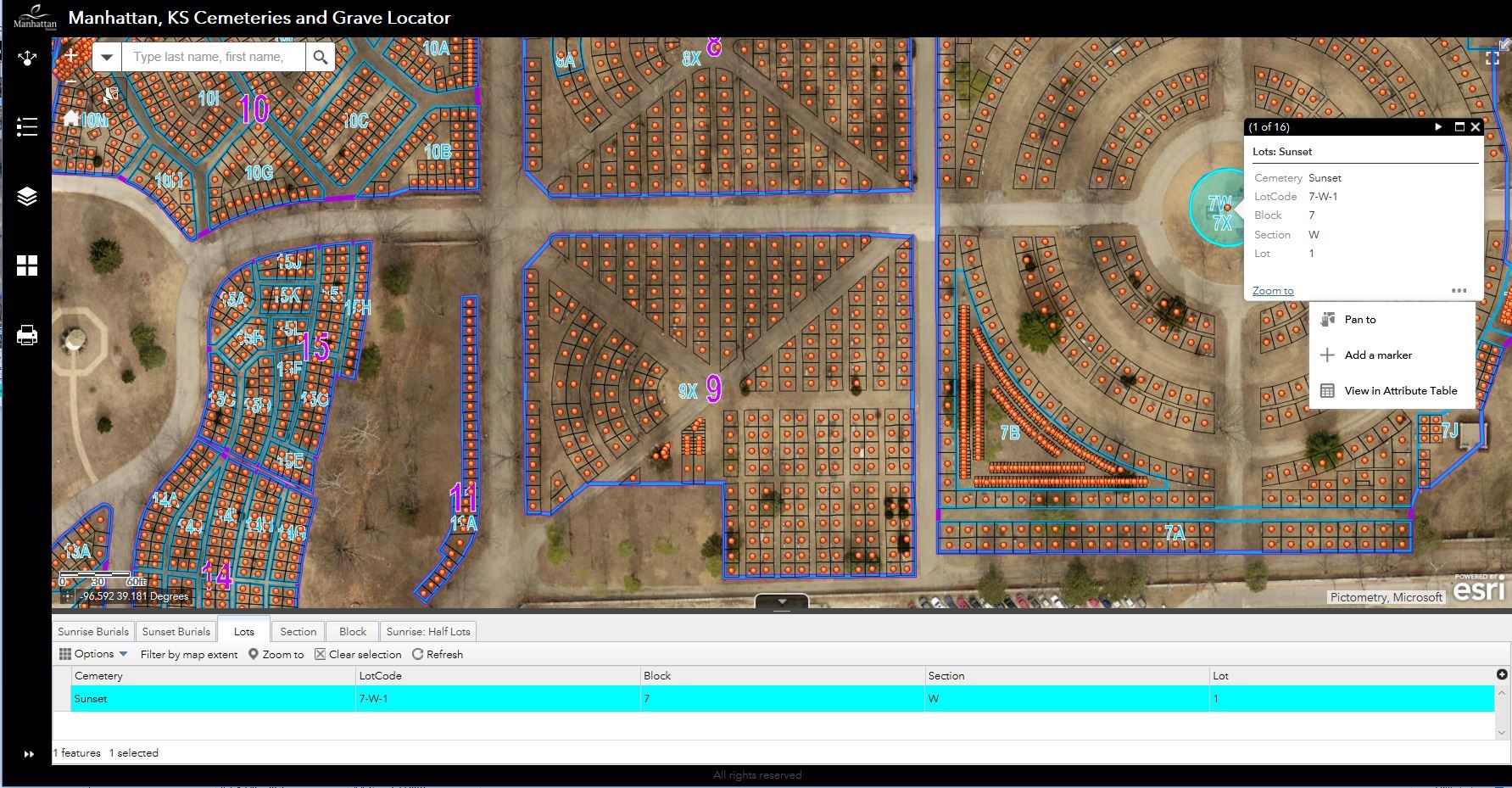 Use our online search tool to find lots or graves.

Note: If you have questions or find an error in the database, please contact Mike Mohler.